This webiste is all about the Orginal Disney Characters and the creator. 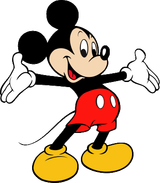 Mickey Mouse is a funny cartoon mouse. Mickey is also the mascot of Disney. When you think of Disney you instantly think of Mickey. Mickey's girlfriend is Minne Mouse and his pet dog is Pluto. His best friend is Donald Duck. Mickey first appeared in 1928 in test screenings of two undistributed silent cartoons. He was the first character to be created by Walt Disney.

Minnie Mouse is also a funny cartoon mouse. Minnie is famously known for being the girlfriend of Mickey Mouse. Her best friend is Daisy Duck. Her first appearance was in Steamboat Willy. Her fathers name is Marcus Mouse and her mothers is Margie Mouse. Her sisters name is Mandie Mouse but Minnie is more Popular. Her best known relatives are her uncle Mortimer Mouse and her twin nieces, Millie and Melody Mouse, though most often a single niece, Melody, appears.

Donald Duck is a funny cartoon duck character created in 1934. His first appearance was 1934, The wise little hen. His girlfriend is Daisy Duck and his three nephews are Huey, Dewey and Louie. He has 2 Uncles, Uncle Scrooge McDuck and Ludwig Von Drake. His best friend is Mickey Mouse. Donald's personality is quite a short temper and his positive outlook on life. Though Donald is hard to understand he is still a lovable, original character.

Daisy is a cartoon character created in 1940. She is mainly known as being the girlfriend of Donald Duck and Minnie Mouse's best friend. Her first appearance was in Don Donald as Donna and Mr. Duck Steps Out as herself. Her relatives are her nephews Huey, Dewey and Louie and April, June and May her nieces. Particularly in her early appearances, Daisy is portrayed as a flirt. She is deeply attracted to Donald and is very attached to him. This is most clearly seen in Donald's Dilemma Daisy is almost to the point of suicide after Donald forgets her. 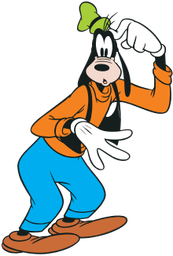 Goofy is a funny animated cartoon dog created in 1932. His first appearacne was Mickey's Revenue in 1932. His is most famous for being friends with Mickey Mouse. His girlfriend is Clarabelle cow. His relatives are Goofy Sr. his father, Gramma Goof his mother and Max Goof his son. His personality comes across as very clueless character how ever his is one of the most lloved characters. 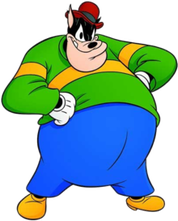 Pete is a funny cartoon cat. His first appearance was in Alice Solves The Puzzle in 1925. He is most famous for being Mickey Mouse's enemy. Pete does not have a girlfriend but he does have 2 children Pete J.R his son and Pistol his daughter. He also has a sister called Petula and an aunt called Mabel.

Pluto is famous for being Mickey Mouse's dog. He is a very playful who gets jealous when Mickey plays with other animals. His first appearance was in The Chain Gang in 1930. He is orange, medium-sized, short-haired dog with black ears. His other names are Rover and Pluto the Pup.